Look UP! The Research

Research at the University of Bristol​

Why does the amount of air pollution in cities change across the year? Where is this pollution coming from?

Look UP! The Research 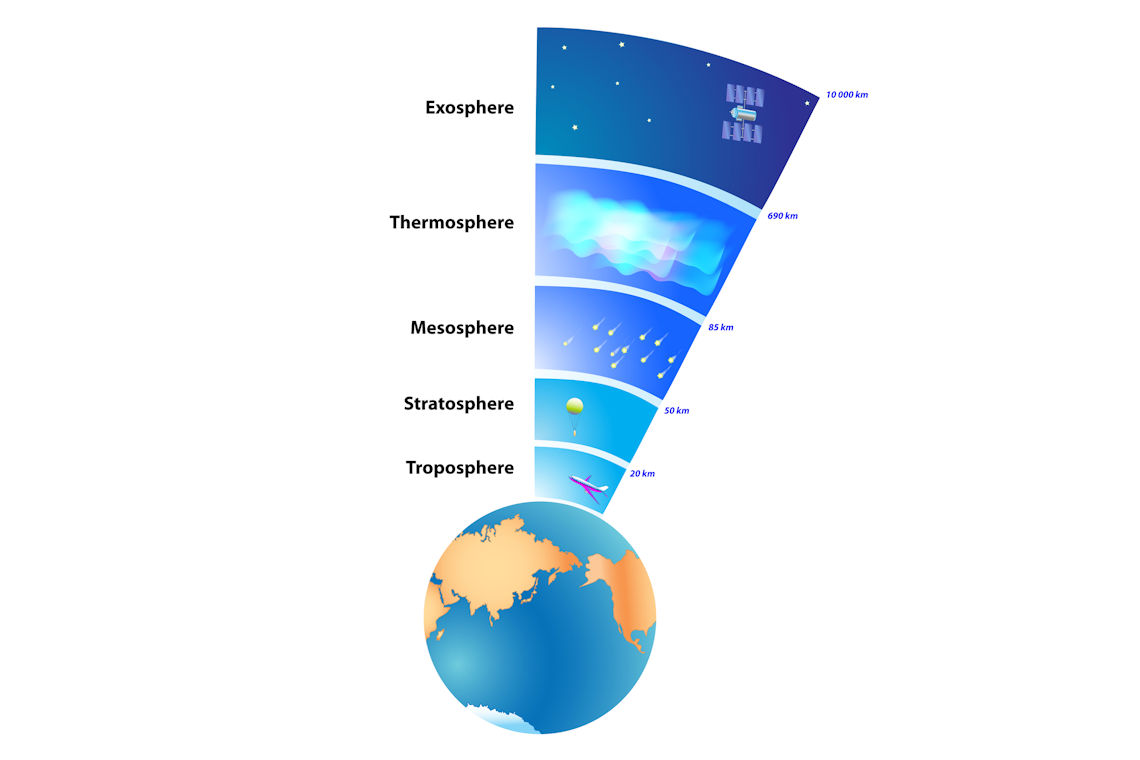 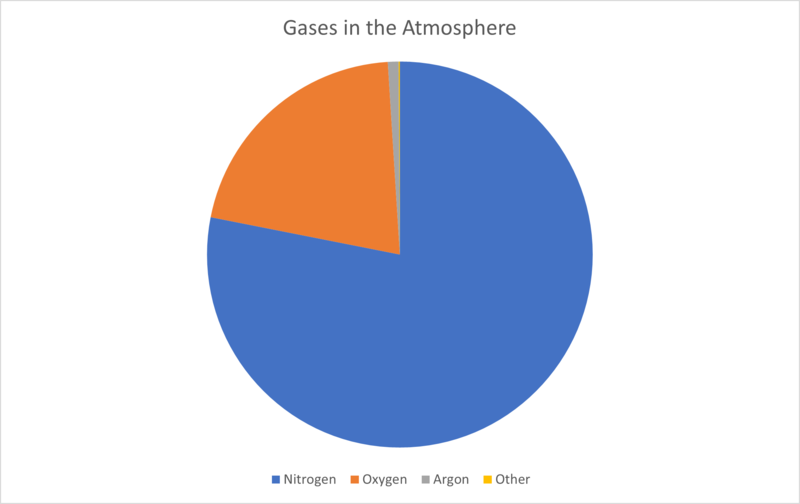 Sunlight plays a very important role in the chemistry of the atmosphere through photolytic reactions. Photolytic reactions or photolysis is when high energy sunlight provides enough energy for a reaction to occur that wouldn’t occur otherwise. For example, sunlight may cause oxygen (O2) to break into two Oxygen atoms (O). These atoms are very reactive and can react with other gases in the atmosphere including another O2 molecule (this is how ozone is formed!).

As this reaction requires sunlight, OH radicals are only produced in the daytime, and more are produced the sunnier it is. This means that the atmosphere is generally cleaner during the day and even more so when there is sunny weather!

There are lots of different types of pollution – can you name a few? The pictures below show a few examples.

In our research, we focus on air pollution. Air pollution is defined as the contamination of the air by particles and gases that can be harmful to human health and the environment.

Air pollution can be caused by human activity (e.g. emissions from factories or cars) or natural processes (e.g. forest fires or volcanic eruptions). 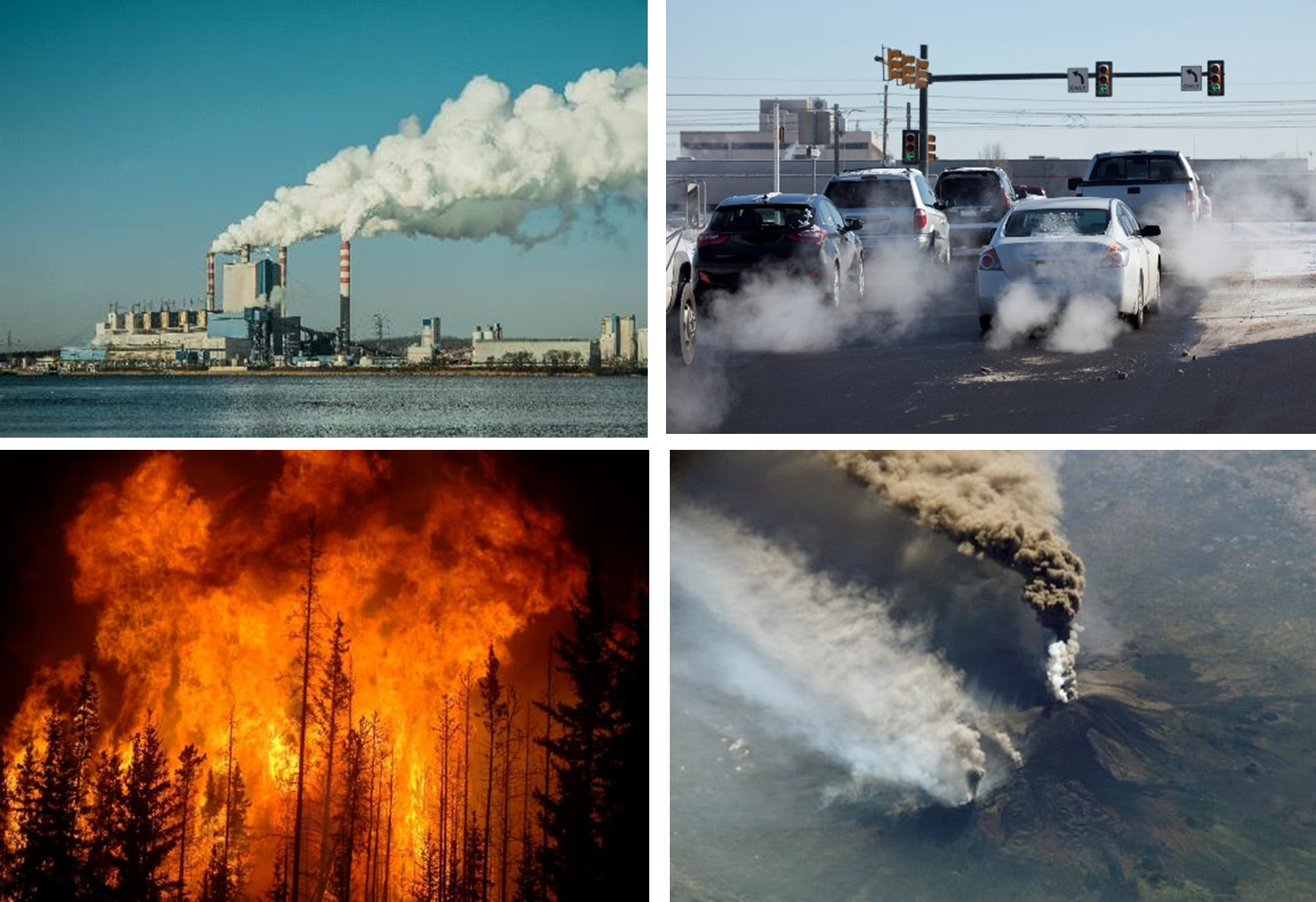 Air pollution caused by human activity is much easier for us to control and so it is the focus of most of our research.

Do you recognise the event shown in the picture below? 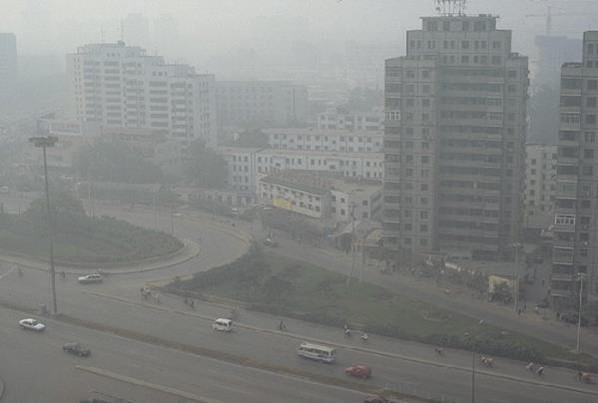 The image shows ‘smog’. The word ‘smog’ was first used in the 1900’s and, as a combination of ‘smoke’ and ‘fog’, was used to differentiate between natural mist/fog and that created by excessive air pollution in the atmosphere. These days, factories burn less solid fuel (like coal) and so generate less smoke. However, we still get smog – why is this? Today, the smog we see is known as photochemical smog which is produced when sunlight reacts with pollutants in the atmosphere (remember the photolytic reactions we talked about in the last section?)

Smog is usually associated with poor air quality in places like China where frequent smogs mean people may wear masks to protect themselves or even stay inside on particularly bad days to avoid the air pollution. However, it’s important to remember that we also see significant smog events in places like London and Krakow (a major city in Poland).

Why do we measure air pollutants?

To protect us and the environment. Some chemicals in the air have limits imposed by governments, this means that the amount of this chemical in the atmosphere must remian below a certain level. As a result, these chemicals need to be monitored accurately to see whether levels of pollutants remain below the limits set. We can also look at other important things like:

Scientists measure many types of air pollutants at sites around the UK. Running an air quality network (https://uk-air.defra.gov.uk/) is expensive and so there are a limited number of sites around the UK that The UK Department for Environment, Food and Rural Affairs (Defra) can site science instruments to measure the levels of pollutants in the air.

The UK Air Quality Network focuses on primary pollutants that are produced from human activity:

Where do we measure air pollutants?

There is no use in just measuring the air in one place in the UK every so often! Measurements are taken all over the country in different areas (i.e. cities, towns, countryside) at different time intervals. The video below shows one of the measurement sites used by our research group to study the atmosphere!

We can collect a sample of the air anywhere, not just at sites like these ones. If we collect a sample elsewhere, we have to take it back to the lab and measure the compostition to assess the level of air pollution in that area at that time. Below is a a brief video tour of our lab showing you some of the equipment we use to do this!

Aerosols - small particles of gas or liquid, mixed in with the air.

Air quality - we use air quality to describe how ‘clean’ the air is. If there is bad air quality, it means there is lots of air pollution

Peak - when looking at a series of measurements taken at different times, a peak is where the measurements reach a maximum value

The resources for Look UP! have been created by a team from the Atmospheric Chemistry Research Group at the University of Bristol. Follow this link to learn more about our department’s outreach activities​