Power UP! The Research

In 2019, the Nobel Prize for Chemistry was jointly awarded to John B. Goodenough, M. Stanley Whittingham and Akira Yoshino for the development of the lithium-ion rechargeable battery.

Our innovative research into battery technology and the fundamental principles underpinning this continues to this day...

In 2019, the Nobel Prize for Chemistry1 was jointly awarded to John B. Goodenough, M. Stanley Whittingham and Akira Yoshino for the development of the lithium-ion rechargeable battery. This technology has revolutionised how we live through the uptake of portable electronic devices, such as mobile phones, as batteries allow us to transport energy to power devices on the go. It is not just small devices that can be powered by batteries: they can also be found in electric vehicles, where they need to hold enough energy to transport a car 10s-100s of miles!

John Goodenough and his group pioneered the development of battery materials in Oxford. His decade in charge of the Inorganic Chemistry Laboratory at the University of Oxford (1976-1986) created a field of research that continues to thrive here in Oxford. Stan Whittingham was an undergraduate and graduate student in Inorganic Chemistry in Oxford, and his work on batteries laid the foundations for Goodenough’s later developments. Akira Yoshino’s contribution was to avoid the problem of using metallic lithium as one of the electrodes, enabling the full battery based on Goodenough’s work to be realised.

How do lithium-ion batteries work?

Batteries store energy by separating a lithium atom into two charged units.  There are three key parts in a battery: the electrodes, the electrolyte, and the external circuit (Figure 1):

When the battery discharges, Li+ travels from the anode to the cathode; the reverse happens when a battery is charged.2

Figure 1: Diagram of a Li-ion battery, displaying the three key parts: the electrodes (anode and cathode), the electrolyte (for Li+ transport), and the external circuit (for e- transport).

One reason for our interest is that batteries are used in electric vehicles. The UK government aims to stop the sale of petrol/diesel cars by 2035 as electric vehicles are a more environmentally-friendly option.3

Batteries in electric vehicles are much bigger than those found in phones, so they have different requirements:

It is important to meet these requirements if the government target is to be met!

There are different ways that scientists are approaching this research challenge, with the Williams Group at Oxford Chemistry examining the use of polymer electrolytes, as these are less flammable, so safer.

The Perkin Group is researching how electrolytes behave when concentrated, the understanding of which may help us to design electrodes which last longer, so reducing waste. 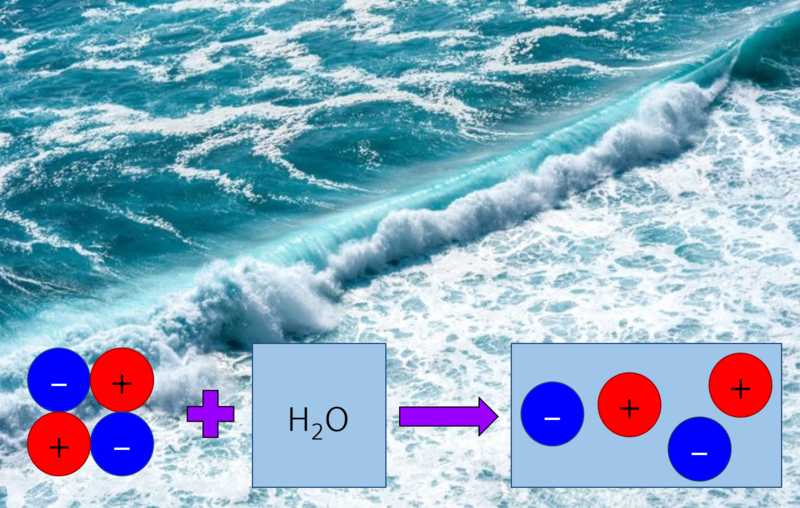 An exciting area of research is investigating polymers as electrolytes as these are generally less flammable and more stable than the liquid electrolytes used in lithium-ion batteries.

Polymers are long chains formed by joining together smaller units called monomers – like a paper-clip chain, daisy chain or beaded chain, as below. 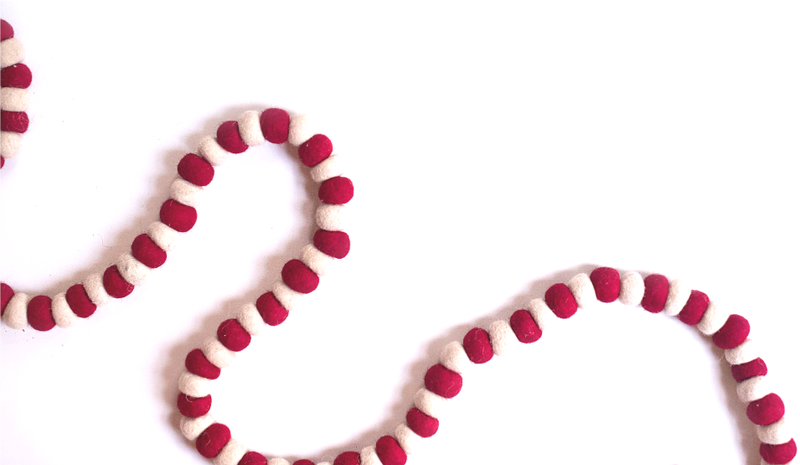 Figure 3: A beaded necklace provides a good analogy of a polymer. Each bead is a monomer, or unit, and the joined up beads represent a polymer, or many connected units.

These chains are tiny: much, much smaller than what we can see! Polymers are used to make a wide variety of materials that you will be familiar with: such as food packaging, glasses lenses, and clothing. As some polymers are even able allow Li+ to flow through them, they can act as electrolytes.

Researchers have found that:

Scientists are working to make new polymers which can conduct Li+, so that better electrolytes can be developed for batteries.4

Polymers can also be used in the electrodes. The electrodes consist of three main parts (Figure 5):

Figure 5: A close-up diagram of an electrode, showing the three key components: the active particles store lithium, the conductive additive transports electrons to the external circuit, and the polymer binder acts as a glue to hold the components together.

For batteries which store lots of energy, new polymer binders need to be developed. When batteries charge and discharge, the lithium moves in and out of the electrodes: in high-energy batteries, this causes the electrode to swell and contract. With current binder technology, cracks form in-between the particles and the battery degrades. 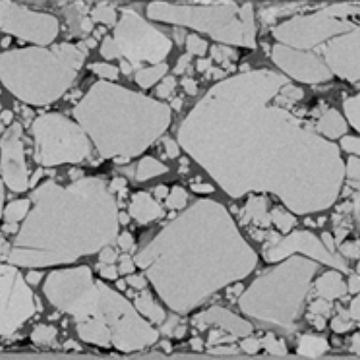 Figure 6: A close-up of an electrode surface showing pitting and cracking.

Scientists are investigating new polymer binders which are elastic and sticky: this should allow close contact between the electrode parts which will improve battery lifetime.5

Researchers also want to understand how the behaviour of an electrolyte is altered when it is concentrated in these cracks (which are as small as the width of a human hair!) and so are investigating what happens when electrolytes are concentrated and 'squashed'. 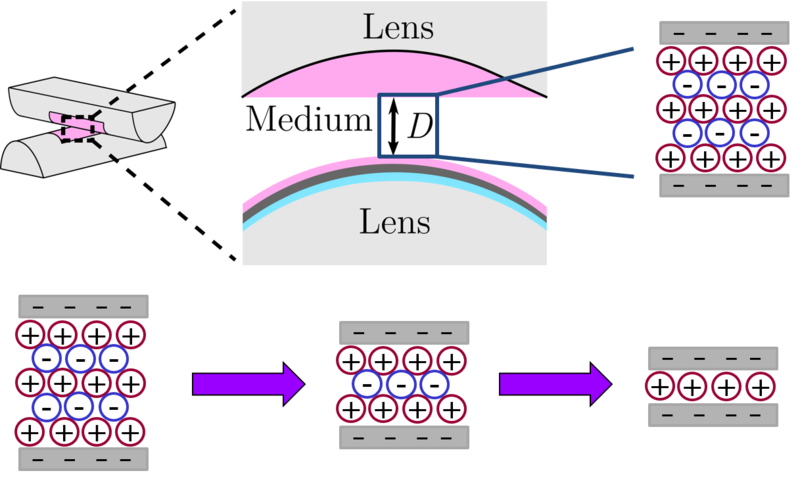 Figure 7: A simplified diagram of a Surface Force Balance, showing how the lenses act to force the electrolyte particles closer together.

The Oxford Chemistry research has the potential to make a huge difference to the batteries which power so much of our modern life, with electric vehicles being but one example.

By understanding how batteries behave at the molecular level and developing new materials, we aim to make batteries safer, more efficient, longer lasting and with greater capacity which, in turn, has beneficial consequences for the environment and reduces humankind's use of our planet's resources.

The paper that inspired this work was:

3.            The Road to Electrification - from the Internal Combustion Engine to the Battery Electric Vehicle, The Faraday Institution, 2019.

Why should batteries be rechargeable?

When batteries are used in devices which use very little power, such as TV remotes, batteries are often not rechargeable as they are replaced infrequently. But if your phone battery had to be replaced each time it ran out of charge, it would be very wasteful and inconvenient! Batteries often contain the metal ‘cobalt’ in their electrodes: it is found naturally in the earth’s crust. However, it is scarce, so it should not be wasted: it is important to develop batteries with long lifetimes to get good use out of the materials. When a battery can no longer be recharged, it is often thrown away – although there are increasing calls for recovery of battery materials so that they can be reused.

Why are electric vehicles more environmentally friendly than petrol/diesel cars?

Diesel and petrol are non-renewable resources, so they are finite and will run out. Additionally, when they are burnt to be used as fuel, they release CO2 – a greenhouse gas which accelerates global warming, as well as NOx’s, gases which cause air pollution. Electric vehicles get their energy from the grid: currently, much of this is obtained from burning fossil fuels. However, some is obtained from renewable or less-polluting sources, such as solar, wind, nuclear, and geothermal power. This has a much lesser environmentally impact than using fossil fuels, and the proportion of electric which we get from these sources should increase over time.

We've posted a couple of discussion points above to get you thinking, but we’d love to hear from you!

We’ll be hosting three LIVE Q&A events where you can ask questions of the Oxford Chemistry team behind the Power UP! resources.

Check out our 'Welcome' page for dates and times.

Post your questions / comments below. You can add them at any time:

Atom: Tiny particles, like little balls, from which everything is made.

Electrolyte: A material through which charged particles can move.

Electron (e-): A negatively charged particle which has virtually no mass – they are found in atoms and when detached from atoms, we call them free electrons.

Polymer: A chain formed by joining together smaller units called monomers – like a paper clip chain, but on a much smaller scale!

The resources for Power UP! have been created by a team at the Department of Chemistry at the University of Oxford.

Connect with our Outreach Programme