Light UP! The Challenge

Sunlight is essential for all of our lives, but what is sunlight?

In this month's challenge you will conduct experiments to investigate, and learn about, the different types of light all around us in our everyday lives!

The Royal Society of Chemistry and the Higher Education institutions involved in this project are not liable for the actions or activities of any reader or anyone else who uses the information in these resource pages or the associated materials. We assume no liability with regard to injuries or damage to property that may occur as a result of using the information contained in these resources. A full risk assessment must be carried out before undertaking any of the practical investigations contained in this website and associated resources. We advise teachers to refer to either the CLEAPSS website or SSERC website for up to date health and safety information when planning practical activities for children.

For this challenge, and to aid you in completing a full risk assessment, you will need to be aware of the following:

Part I: Make your own Camera Obscura

Please make sure you read our safety notice prior to starting any investigations.

This part of the challenge will allow us to investigate how light works by building a Camera Obscura!

The Obscura camera was first presented to the Royal Society by the scientist Robert Hook in 1694 but the idea of light passing through a small hole and being projected upside down has been around since 400BC!

The idea, is that when it is bright outside, light enters through the small hole in the box, travelling in a straight line, and projects and upside down image onto the opposite wall! Welcome to upside down world! 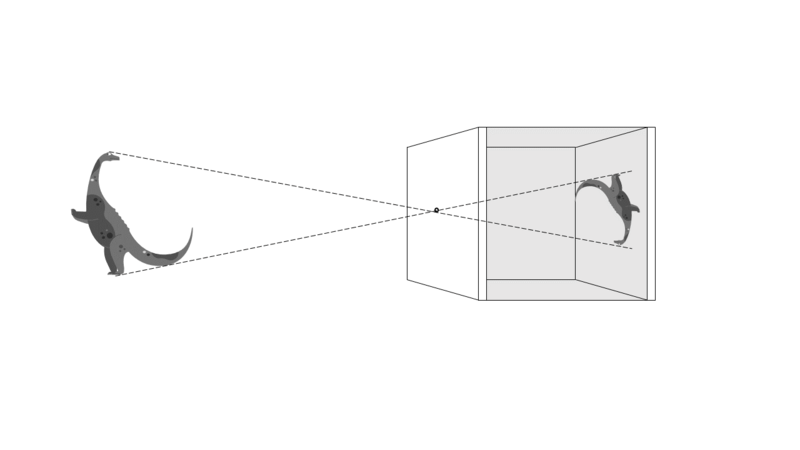 The Camera Obscura was first used, and is still used today, as a tool to view a solar eclipse without damaging the eyes. It was also historically used as an aid to drawing - the subject would pose outside, and the inverted image reflected onto a piece of paper that the artist would trace. 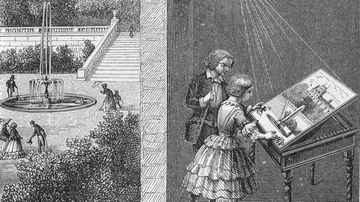 This experiment needs you to get hold of the following items -

Part I: Making your Camera Obscura

1. Make the screen - Cut a piece of white paper to fit inside your box and use tape to attach it inside. This will be the screen that you project images onto! 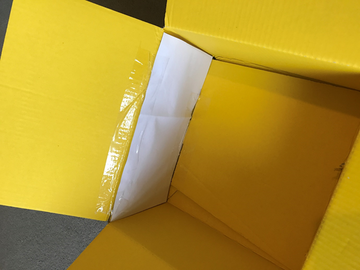 2. Make the holes - You need to make two holes in the side of the box, directly across from the screen. One hole should be very small, just poke the tip of a pen or pencil through the box. The second hole will be your viewing hole. This one can be bigger - just big enough for you to see into the box. The holes will also need to be far enough apart so that when you look through the viewing hole, your head won't block the light entering the smaller hole. 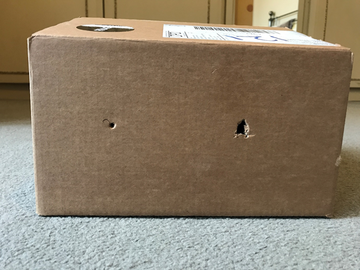 3. Close it up, tape it shut! - Close your box and tape it shut using (ideally, dark) tape. When you look into your box, you shouldn't be able to see any light leaking in from around the edges. Use more paper and/or tape to cover any corners which might be leaking in light.

4. Use the Camera Obscura - You are now ready to test your Camera Obscura! Stand with your back to the scene you'd like to project into the box and hold your eye to the viewing hole. This will work better if you are in a darkened room with a bright light behind you, standing in a dark room with your back to a bright window is a good place to start. With a little adjusting of angle, you should be able to see your inverted image inside the box!

Now that you've got the hang of this, carefully hold a mobile phone camera to the viewing hole and take a photo of the obscura image inside the box!

Take your camera obscura outside and try to get the best picture! Send in your photos and we will share some of our favourites during the a Live Meeting for everyone to see! 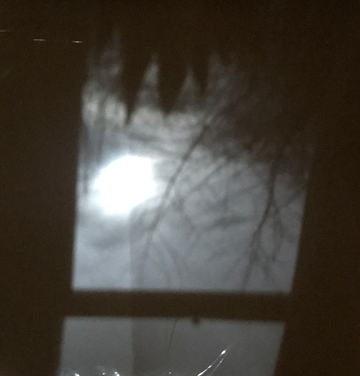 This first picture is showing the inverted image of the sun and tops of the trees outside the window! 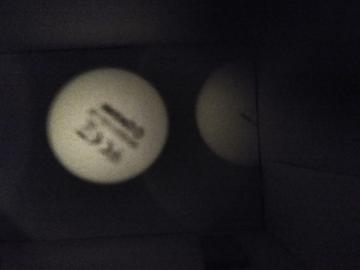 This is from Emily, this is the writing on a light bulb captured inside her Camera Obscura! 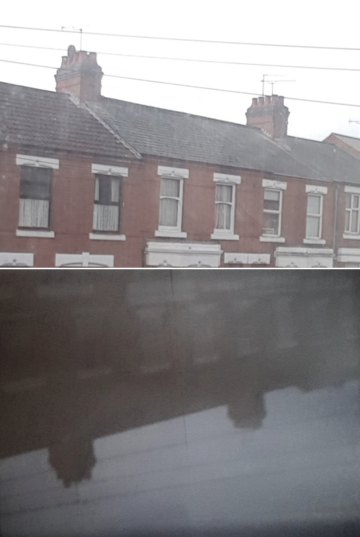 This picture was taken by Sofia and here, you can see the street outside her window above and the inverted image of this inside her Camera Obscura below!

We all use a variety of types of lighting in our homes, but how exactly are these bulbs producing light?!

Traditional "incandescent", filament light bulbs look like this, and we use many of these around our home in lamps and ceiling lights - 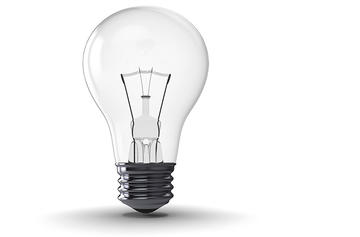 Electricity is the flow of charged particles, such as electrons, which are negatively charged. An electric current is the flow of electrons around a circuit. We can have materials which we know as being -

The rate at which the photons are released is directly linked to the frequency of the mains power supply, because this is related to how quickly an electron and hole can join up to form a photon. As a result of this, LED lights flicker on and off. We cannot see this because it happens faster than our eyes can register, but a phone camera will be able to capture this! 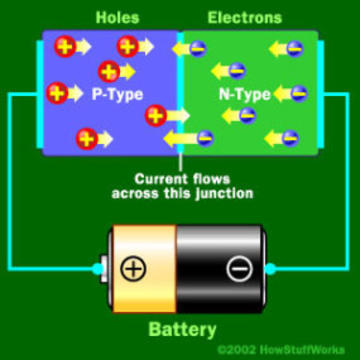 For this experiment you will need -

Now that you've got the hang of viewing the flicker effect using your video camera, let's try different types of lights and find out if we see the same effect!

Do we see the flicker effect for other types of lights?

Try filming other energy saving bulbs around your home and see if the flicker effect is happening with any of those!

For this experiment, we will be splitting light by creating our very own diffraction grating! 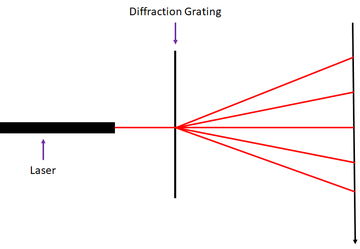 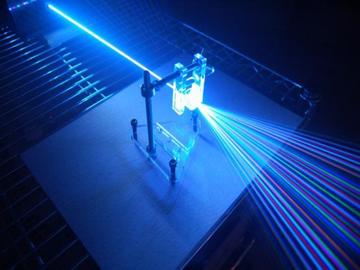 The picture above shows a really powerful laser being split by a very sophisticated diffraction grating. Using CD's and a simple laser pointer/pen we will still be able to see the light being diffracted through the gratings of the CD.

For this experiment you will need the following -

* Laser pens might not be something we usually have around the house, but we can purchase a little one from eBay or Amazon for around £7-10

**Safety notice! - Laser pointers/pens can cause serious eye damage if pointed or reflected directly into someone's eyes, so do not play lightsaber battles with your siblings and only use in the supervision of an adult!**

1. Peel the back off the CD - firstly, you will need to scratch the matt side of the CD (not the shiny side). We found that using a penny worked quite well for this. Then, stick a piece of sellotape on the CD over the scratched area and rub on firmly. Peel off the sellotape and this should start to pull the cover off the CD. Add another piece of sellotape and repeat the process over and over until the CD is completely see through. 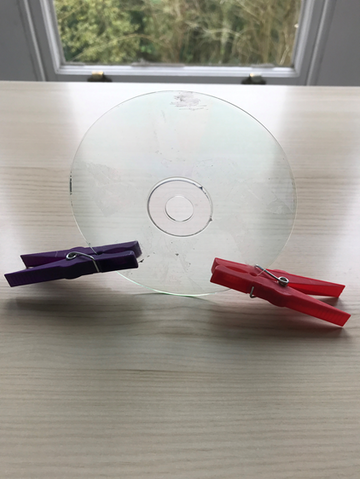 2. Prop up your CD using two clothes pegs, measuring them 30cm away from the wall. 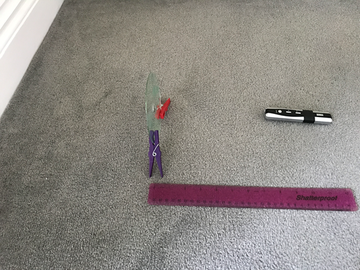 4. Turn on the laser and with a little adjustment to where you point it, you should see the diffracrtion of light. This will appear as one large spot in the middle and two smaller spots either side (like the picture below). Measure the distance between the spots using your ruler, this should give you an idea of the track spacing of the CD. We should see a larger distance between the spots if the disk has larger track spacing. 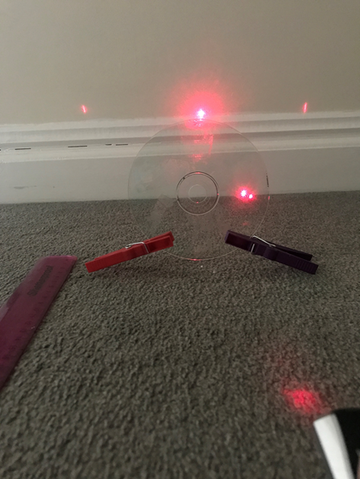 Test the same experiment using different types of discs, do you see a difference distance of diffraction spots with a DVD, or a blu-ray disc?

Send us pictures of your diffraction spots!

Safety notice - Don't use your parent's favourite blu-ray films for this experiment, or your sibling's favourite video game - that will not end well!

On the research page, we have already looked at how sunscreens protect our skin from harmful UV light. As a brief recap, we should remember that sunscreens act as a protective barrier between our skin and UV light. They offer protection in a number of ways, for example, some ingredients may absorb the UV light, and others may reflect the UV light.

In this experiment, we will use UV beads to investigate the effectiveness of sunscreens against UV in sunlight. UV beads are coloured when exposed to UV and colourless in the dark. 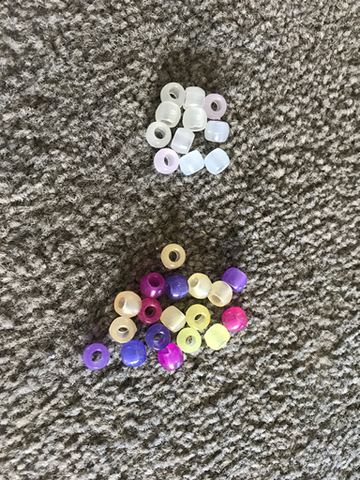 The picture above shows a picture of UV beads which have been in a dark box (above) and UV beads which have just been exposed to pure UV light bulbs (below). The difference in colour is very contrasting so we will use this in our investigation of the sunscreens!

3. Selection of sunscreens - using old bottles from last summer is fine, no need to buy brand new bottles unless you don't have any at all.

4. Sunny windowsill or sunny spot in the garden

*UV Beads might be something you don't normally have at home, but they can be purchased on eBay or Amazon for around £2-4 for a small bag. Afterwards, you could use them to make some pretty jewellery!

1. Take several of the UV beads and place them into a clear, colourless plastic bag. Label this bag number 1. This will be your "unprotected bag" with no sunscreen coating so that you can compare the other sunscreen bags with this.

2. Take several UV beads and place them into another plastic bag. Label this bag number 2. Spray or rub (depending on what type of sunscreen you're using!) the sunscreen onto the surface of the plastic bag that will be exposed to sunlight in your sunny spot.

3. Repeat step 2 with any different sunscreens you would like to test. Labelling each one a different number so that you can keep track which sunscreens are coating which plastic bags.

4. Place all the plastic bags in the same sunny spot and leave them for 15-20 mins in the sunshine. 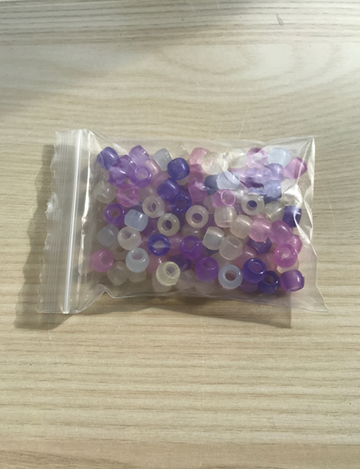 There are a number of different ways this experiment could be expanded! A few ideas to get you going -

2. Do SPF numbers affect the protectiveness of a sunscreen? You could conduct another experiment using the same brand of sunscreen, but with different SPF numbers to see if there is any visible difference in protection from UV using the UV beads.

4. How does pure UV light from a UV light bulb compare to UV from the sun? You could expose the UV beads to a pure UV light bulb (the UV lamp from my gel nail kit is ideal!) for the same amount of time as the sun and observe the difference in colour.

5. How effective are the sunscreens at protecting against pure UV light from a UV lamp? You could conduct the experiment again using a UV lamp. 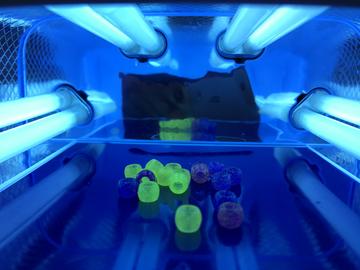 Now that we have done the experiments to investigate light let's think about what we saw and see if we can answer the following questions for each experiment.

Discuss these questions with your friends also taking part in the challenge, or with your teachers, or family! If you have any unanswered questions, remember that you will have the chance to ask us at one of the Live Online Events!

Let us know how you fared in our challenge.

The resources for Light UP! have been created by a team in the Department of Chemistry at the University of Warwick.

For more information about Outreach at the University of Warwick, please click here